What is Open Interest? 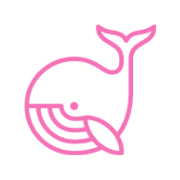 01/28/2022
Open Interest is a term you will see a lot in futures and options trading, but you may be confused as to what it is and how it works. Let's fix that!
OI (Open Interest) is the amount of outstanding contracts that have not yet been settled.  Simply put, these contracts are still "Open". Open Interest provides insight into how much money has moved in or out of a specific contract.
When Open Interest increases, it means that new or additional money is moving into the contract. When Open Interest decreases, it means that money is moving out of the contract.
Open Interest is associated with Options and Futures markets because the number of existing contracts can change from day to day. Whereas, in the stock market, the quantity of shares of a company remain constant once a stock issuance is completed.

Open Interest is often used to see where investor interest lies as well as to determine the level of liquidity in a contract. When there is a high Open Interest, it indicates that investors believe this position would be profitable. However, it is important to remember that while there may be a lot of investor interest, it does not mean that they will be correct or that their position will be profitable. High Open Interest can also help to determine if you will be able to easily enter or exit a position.

- Tom Sells 5 contracts to Henry with a “Sell to Close” order and Henry bought those contacts from Tom with a “Buy to Close” order.
- Tom's Position is now 0 contracts because he sold the contracts he previously purchased.
- Henry's Position is now also 0 contracts because he bought back the contracts to close his -5 position and brought his position to 0.
- All of the outstanding contracts have now been closed which would reduce the Open Interest to 0.
The above examples are extremely simplified, but should help to get an understanding of how Open Interest works.

You can view the TOP OI changes for each day for free by visiting: https://www.whalestream.com/market-data/top-open-interest
👀

Follow the Whales in real-time. See real-time options trading activity and uncover the smart money moves as they happen.